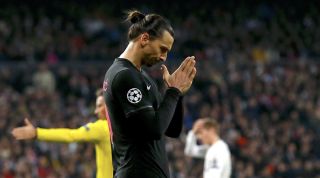 It’s among the great mysteries of our times. What happened to Malaysia Airlines Flight 370? How does bitcoin work? Why couldn't Lionel Messi score against Chelsea?

While their supporters would answer: “Because Chelsea are great”, consider that Atletico and Real Madrid have also been pretty decent over the past decade or so, and Messi has scored 52 (!) times in 72 (!!) matches against the pair. Do English teams give The Flea the willies? Nine goals in six meetings with Arsenal and six in six with Manchester City, not to mention two Champions League final strikes against Manchester United, would suggest otherwise. Chelsea, though, kept Messi at bay eight times out of eight – at least until 2018 came round.

It’s mattered, too. Barcelona hadn’t won any of their last seven meetings with the Blues ahead of their 2018 last-16 first-leg draw. Their most recent encounter before this year saw Chelsea squeak into the 2012 Champions League final as an unusually profligate Messi hit the crossbar, the post, the side netting and Petr Cech’s pins. He's finally broken his Blues hoodoo in 2018, even if one in nine still isn't up to his usual standard.

Honestly, it’s typical of their oneupmanship that Lionel Messi and Cristiano Ronaldo even compete to be the best at being rubbish against Chelsea. This time, Messi wins/loses, because Ronaldo he was the first to actually score against Chelsea – and in a Champions League final, no less.

But while we can hardly dismiss that goal in Moscow (even if he did subsequently miss a penalty in the shootout), it remains Ronaldo’s only strike against a team he’s faced on 15 – fifteen – occasions. Pitted against Chelsea, one of the most prolific players in football’s long history has scored one goal in over 20 hours of football, or 13 and a half full matches, spread across five different competitions. Actually, we should give him credit for choosing the best possible time to score it.

There’s one important thing to bear in mind regarding CR7’s Chelsea blues: all 15 of those attempts came with Manchester United, before his goal returns hit truly stratospheric heights. Oddly, considering their regular participations in the Champions League, Chelsea and Real Madrid haven’t faced each other once this century.

Recently-retired Ronnie may smile determinedly and try to console himself with memories of winning a Ballon d’Or, the World Cup, the Champions League, the Copa Libertadores, the Copa America and a handful of league titles, but there’s a hidden pain behind that toothy grin. It haunts him that he never scored against Celtic.

It’s not as if he didn’t have the opportunity. At Barcelona, Ronaldinho was in the starting line-up for six fixtures against Celtic, winning three, drawing two. He just never found the net himself.

Playing for Manchester City having previously represented Liverpool, Sterling should by now be mentally conditioned to despise Manchester United. The mutual enemy of his two clubs have yet to feel his wrath, however, as the 23-year-old’s 13 appearances against United have produced nary a goal or assist (although he did nutmeg Ashley Young last time out).

At least Sterling can relax for the derby on April 7 – City should have won the title by then.

The big man has struggled against Juventus as well, scoring only once in nine fixtures against his former club, but what’s especially endearing about his one-in-seven record against Real Madrid is that they seem to follow Ibrahimovic around, taunting him. In two full matches taking on Madrid with Juve, one of them going to extra time, he scored no goals.

Still, the one time Ibrahimovic did thwart Real Madrid, he came off the bench for Barcelona to score the winner in El Clasico. So there.

Then there’s Gladbach. Eleven starts, one substitute appearance, one goal. He hasn’t scored against his bogey team since 2011, some 800 footballing minutes ago.

And don’t go thinking Lewandowski’s team-mates got by without him. Some hoodoos are pretty inconsequential: for instance, Neymar may have failed to net even once in eight ties with Valencia but he did contribute five assists and Barcelona won most of those games anyway.

Lewandowski’s recurring heebie-jeebies in front of the Gladbach net, however, has cost his teams points – indeed, his last eight appearances (two with Dortmund, six with Bayern) have brought two wins, two draws and four defeats. He’d be Glad to see the Bach of them.

To be fair to him, Rooney spent 13 years trying to score for Manchester United. Still, six appearances for Everton against his future/former employers have brought six defeats, three bookings and only one 90-minute outing (back in 2003 when he was just 17 years old).

Fast-forward to New Year’s Day 2018, and Rooney’s being substituted off for James McCarthy despite Everton needing a goal. That’s not what you want.

Wayne Rooney was losing to a different team, Middlesbrough, on the day Ruud van Nistelrooy missed a rather significant penalty for Manchester United. On 21 September 2003, the ‘Battle of Old Trafford’ ended with the Dutchman hitting the bar, Martin Keown completely losing it and Arsenal not losing it, nor any other league game that season.

Van Nistelrooy had already missed a penalty against The Invincibles the previous month, in the shootout of the Charity Shield. He did convert his kick in the 2005 FA Cup Final shootout, only for Arsenal to triumph, as they had on the previous occasion he’d faced them in that competition.

Two goals in 12 appearances against the Gunners isn’t desperate, but it’s fair to say that they were rarely the happiest of fixtures for the goalsmith.

Sometimes, great strikers lose their shooting boots at exactly the wrong time. Ronaldo failed to score in three matches against Les Bleus, and while one can hardly criticise him for underperforming when half-dead in the 1998 World Cup Final, he’d later play in a goalless draw and a 1-0 defeat to the same opposition, the latter putting Brazil out of the 2006 World Cup.

After winning a penalty on his competitive home debut for Barcelona, Henry offered no goals and no assists in his next six matches against the Bilbao outfit, seemingly content to Basque in his initial glory.

Yes, we wrote this entry for the pun.

Dries Mertens vs Ajax and Milan

Although the Belgian hasn’t always found the net as easily as he does now, he did score 98 goals during his time in the Netherlands and has 87 to his name at Napoli so far. That’s a pretty healthy total.

And yet, five starts and four substitute appearances against Milan – easily Napoli’s inferior in each of his five seasons in Italy – have brought Mertens zero goals. He must’ve thought that he’d left his bogey team behind, too, after eight starts against Ajax, including seven 90-minuters, generated the same number of netbusters. Ajax you can forgive, but this Milan team? Come on, Dries.

Francesco Totti vs Anyone English

Totti’s goal against Manchester City on September 30, 2014, was pretty timely. For one thing, it kept Roma in the top two of their Champions League group (even if they were gubbed 7-1 by Bayern Munich soon after). Secondly, coming three days after his 38th birthday, it made him the oldest goalscorer in Champions League history. Thirdly, it was Totti’s first goal in England.

Almost unbelievably, Totti scored only two goals in 20 games against English opposition, or two in 21 if you include international matches. Four meetings with Arsenal brought him no goals – only one red card, 20 minutes into a game. Four meetings with Manchester United brought Totti no goals, either, although he’ll always have the assist in a 7-1 defeat.

Even four meetings with Leeds weren’t enough for him to find the net, despite those thrilling encounters finishing 1-0, 0-0, 0-0 and 0-1. Il Capitano also drew a blank against Chelsea and Liverpool, although he did put a penalty past Newcastle’s Steve Harper at the Stadio Olimpico.

Fifteen years later, Totti finally scored in England. All it took was Manchester City asking for it.

We're looking forward to hosting you @OfficialASRoma, and a legendary player such as Totti. He's never scored in England, has he? #CityvRoma