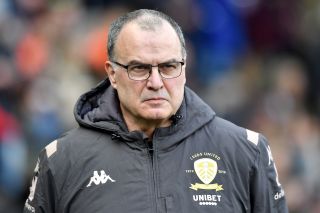 Marcelo Bielsa’s Leeds side are top of the table and can take themselves to within a hair's breadth of the title with a win over Barnsley this evening. Three points would take them five clear of second-placed West Brom with two matches remaining, meaning a draw in their next assignment would do it. It's been a long, weary slog for Leeds United supporters since they were relegated from the top-flight at the end of 2003/04 camapaign. It's almost time to return to the promised land!

Barnsley have a very different concern on their hands - namely, staying in the division. The Tykes are bottom of the Championship, four points from safety and haven't won for three matches. It's sink or swim time for Gerhard Stuber's side.

Kick-off is at 5pm BST and the game is being shown on Sky Sports Football in the UK. See below for watching details where you are.