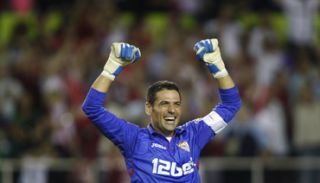 "After all the years in Spain's top division, I am delighted to be getting the chance to play abroad," Palop, who was in the Spain squad that won Euro 2008, said in a statement.

Leverkusen, who have keeper Bernd Leno as first choice, finished third in the Bundesliga and will compete in next season's Champions League group stage.