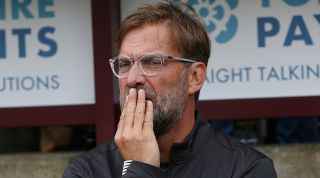 The Sun, in what it bills as an exclusive, says Manchester United have agreed a world-record £80million fee to sign Harry Maguire from Leicester. The defender is set to have a medical on Monday, the paper reports.

Now having some spare cash to splash, Leicester could replace Maguire with Brighton’s England international Lewis Dunk having agreed a £45 million deal for the 27-year-old, the same newspaper adds.

Liverpool could be in the market for a new left-back, according to ESPN. Jurgen Klopp is reportedly keeping him “options open” regarding recruiting a left-back as cover for Andrew Robertson during the summer window.

Paul Pogba is one of those under consideration to be named the new permanent captain of Manchester United, the Telegraph reports, despite the France midfielder’s desire to leave Old Trafford.

Arsenal target Everton has admitted he has a transfer offer on the table, according to the Mirror, but has refused to reveal the name of the club keen on signing him. The Gunners are said to be leading the race for his signature, despite Milan and Atletico Madrid also taking a keen interest in him. It is understood Everton are not seeking to sign Everton (disappointingly).

Kieran Tierney: Celtic have rejected Arsenal’s £25 million bid for the Scotland international, according to Sky Sports. It is understood that Celtic were unhappy with the structure of the bid and want more cash up front for the left-back.

Dani Alves: Mundo Deportivo reports that English clubs’ pursuit of the 36-year-old Brazil full-back has expanded, with Tottenham and Arsenal joining Manchester City in the race to sign him – a free agent following his departure from Paris Saint-Germain.