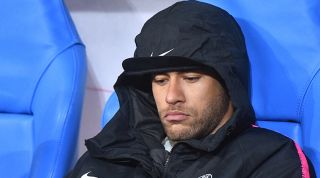 Leicester have promised Harry Maguire that he can leave if Manchester United or Manchester City fork out a world-record fee for a defender, the Daily Telegraph reports. The Foxes want between £80 million and £90m for the England centre-back, which would be higher than the £75m Liverpool paid Southampton for Virgil Van Dijk in January last year, the paper adds.

Manchester United’s David De Gea is set to sign a new long-term contract worth £375,000 per week when the side return from their pre-season tour, according to the Daily Mail. The new deal would make the 28-year-old – who is in the final year of his current contract – the highest-paid goalkeeper in the world.

In other Red Devils news, the club are set to launch a concrete bid for Sporting CP midfielder Bruno Fernandes over the next three weeks, the Independent claims. Approaches from Old Trafford have already been rebuffed by the Portuguese side, and United will likely have to bid well over £50m to land the 24-year-old. According to the Daily Mirror, Sporting want closer to £70m for their prized asset.

Leroy Sané is unlikely to leave Manchester City this summer as Bayern Munich have given up hope of completing a £100m deal for the winger, according to reports. The Daily Mail says reports in Germany suggest the Bundesliga champions have accepted that the transfer will not happen this season.

Meanwhile, Inter Milan are said to be sceptical about landing Manchester United’s Romelu Lukaku, the Daily Star says. United are playing hardball and demanding £75m for the forward.

Celtic have rejected a second bid, in the region of £25m, from Arsenal for Scotland left-back Kieran Tierney.— BBC Sport (@BBCSport) July 15, 2019

Neymar: The Brazilian forward has reportedly reiterated his desire to leave Paris Saint-Germain. ESPN says he reaffirmed his feelings in a short meeting with sporting director Leonardo.

Sebastien Haller: West Ham are in talks to sign the forward from Eintracht Frankfurt, according to London’s Evening Standard. The Hammers are said to have targeted the £40m-rated striker after failing to land Maxi Gomez.

QUIZ! Can you name the 50 Englishmen who’ve managed the most Premier League matches?