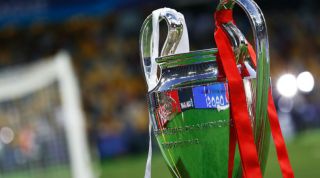 Manchester United will face PSG in the last 16 of this season's Champions League, while Liverpool have been hit with a clash against Bayern Munich.

Jose Mourinho's side have been given a fearsome task against the Ligue 1 giants after failing to capitalise on their chance to finish as group winners ahead of Juventus on the final matchday, in what will be the first-ever meeting between these two teams.

Meanwhile, Jurgen Klopp will pit his wits against Bayern once again in a thrilling last-16 clash, having won four of his last eight matches against Die Roten as Borussia Dortmund manager.

All four Premier League teams involved had made it through to the knockouts, with Tottenham grabbing a memorable draw at the Camp Nou to book their place and join Liverpool and Manchester United as group runners-up.

Manchester City were the only English side to triumph in their group and have been handed a favourable draw against German side Schalke, who finished second behind Porto and are currently 13th of 18 teams in their domestic league.

Tottenham will face Lucien Favre's rejuvenated Borussia Dortmund after beating them off in the group stage last season, while there's an eye-catching clash between Atletico Madrid and Juventus – two sides who haven't met since the group stage in 2014/15.