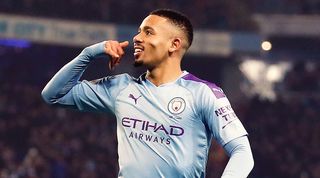 Few people outside of Coventry will remember Isaias Marques Soares (or simply Isaias to his amigas), but he blazed a trail as the Premier League’s first Brazilian when he pitched up at Highfield Road in 1995.

The sexy £500k signing from Benfica didn’t fare too well in England, mind – just two goals in 12 appearances before scurrying off to Portugal with Campomaiorense. But he was the first.

Fortunately for the Seleção, many of his compatriots followed and set far higher standards. One famous export was among them, turning up to Middlesbrough later in 1995, where “it was so freezing cold that I couldn’t feel my feet – I had to put pieces of newspaper inside my boots to help warm them up”.

But that particular boy done very good indeed – as did many of the men in today’s quiz. Since it's Gabriel Jesus's 23rd birthday today, we'd like you to name as many famous Brazilians as you can.