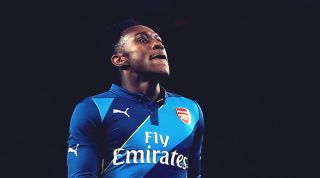 Ten minutes on the clock, 80 teams to guess - though obviously, some appear more than once.

NOTE: We have listed each team's current league, not necessarily the one they were in at the time.

What a performance from Billy Gilmour last night - he bossed the match for Chelsea and sent his team to an FA Cup quarter-final.

Getting to the last eight teams in the cup is deceptively difficult. There are those that make a habit of it, but some particularly big clubs seem to have a bit of a black when it comes to the quarters.

Given that the quarter-finals are just around the corner, we want you to name every team that made that stage during the 2010s.

When you're guessing the ones from 2010, it's worth noting that Gilmour was just eight years old during those ties.

The draw for this year's last eight is at 5pm tonight.

COMMENT Liverpool's winter break hangover: How can the Reds bounce back from three away defeats?