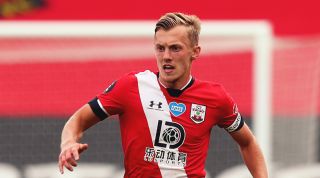 Every year midfield claims the strongest class of available talent, but this year the ranks have swelled to Endgame Thor proportions. Marcus Rashford, Pierre-Emerick Aubameyang, and Mason Greenwood join the likes of Mo Salah, Raheem Sterling and Sadio Mane. There is a reason picking the right midfield is the key to a successful fantasy side.

So how do you identify the best budget midfielder? They must be a regular starter, preferably one with clear attacking intent who doesn’t play for a team likely to get thumped every week. To ensure you have enough left over for KDB or Sterling (£11.5 apiece) we'll limit it to £6.0m, that's (£0.5 less than last season's already prudent pricing!).

Trossard should be a regular start for Brighton. A year ago the 25-year-old Belgian earned 31 appearances, with 22 of those starts, but was on the pitch only 2000 minutes. Despite the limited time, he lead Brighton in expected goals (5.35 xG) and his 4.63 expected assists trailed only Pascal Gross. In Fantasy, his 104 points put him on a 150 point pace given a full complement of minutes, which would not only be right at the top for points per million but he would have finished 10th overall, ahead of Jack Grealish.

The addition of Adam Lallana may help Trossard's case, with Potter able to rely on the experienced Lallana to direct the flow in midfield, freeing Trossard to do what he should do best: score points for your fantasy team

A year ago, the cultured midfielder created 7.06 xG (those are expected goals) and 5.76 xA (expected assists) but luck was not on his side and his ledger shows a paltry five goals with three assists. Those numbers may seem close, but in FPL two extra goals, three extra assists and the bonus points they would have secured are good for more than 20 points - added to his tally of 117 the resulting 137 points would have been more than Adama Traore and level with Mason Mount.

There is no reason to doubt JWP's opportunity, his eye for goal or ability to create one: he has a seven-goal season and an eight-assist campaign to his credit. Add to that his dead-ball prowess and this should be the year he puts it all together. While he'll finish outside the top 10 midfielder for total points scored, he should find himself inside the top 10 for points scored per million which means you're getting elite production from the discount bin. Exactly what you need to finish top of your mini-league this season.

Picking promoted players to come out of the gate flying isn't for the weak of heart. Pereira may have struggled at times last season, but there is no question who the best of the Baggies is and his permanent move ensures he retains the focal role in Slaven Bilic's attack.

Consider how dominant an attacking force he was in West Brom's promotion campaign. He led the league in assists and key passes (116) as the only player to break the century. He was ninth in the Championship in shots (111) and 17th in successful dribbles (65). Pereira will earn plenty of points for those managers with the patience to stand by him during the fallow periods.

FantasyYIRMA started in 2012 focused primarily on news and previews for the Fantasy Premier League. Following consecutive fantasy coverage across 8 years and more than 300 gameweek’s, we are confident in saying we’ve wasted a large portion of our adult life on Fantasy Football.

Check out our podcast Bang Average on your listening platform of choice where Ryan, John and MikeP chat all things Fantasy Football related each week.

For additional insight covering FPL and draft fantasy emailed direct to your inbox, you can sign up for our free newsletter here.

It's hard not to pick a player who's on social telling you to get him in...

The electric winger did not have the goals or assists you might have expected last season given this summer's hype, but his lack of production gifted FPL managers a £0.5m discount to start the season.

Saint-Maximin pocketed three goals and five assists in 1860 minutes in his debut Premier League season. I'm not a genius, but that is roughly a 6-goal, 10-assist pace for 3420. Those numbers are certainly not out of reach for the 23 year old Frenchman. Newcastle United need a talisman and ASM is proving on the field and off that he can marshal Geordie support.

That price is not a typo; the man who formed an unstoppable partnership with Michail Antonio to rescue West Ham United from the brink of relegation, is one of the lowest-priced midfielders in FPL. A season ago the Czech midfielder pillaged opponents for 13 goals playing with Slavia Prague; he added three during nine Restart tilts. He likely doesn't get half that many this season for David Moyes, but at £5m that is still a fantastic fantasy return.

The midfield is a critical part of your squad so as you would expect there were a number of other potential candidates for this listing which didn’t make the cut.

Dwight McNeil at Burnley priced at £6.0m will be a differential play (less than 5% selected) and finished ninth in the EPL in xA last season.  We're high on Saint-Maximin but his teammates Miguel Almiron (£6.0m) and Jonjo Shelvey (£5.5m) have good FPL potential and significantly lower ownership. And if we hadn't picked Matheus Pereira as our promoted player it would have been Crystal Palace's newest signing Eberechi Eze. As always, you'll need to get more than one of these players in to fund higher-priced players elsewhere in your roster.

Unlike years past, the number of high-quality options in this price tier make it a place to pick up value, not just save funds.