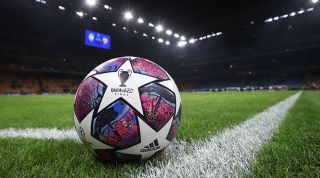 August normally sees the start of a new Premier League season – but this month will instead bring us the final stages of the Champions League and Europa League.

All of the games will be shown on BT Sport, but don't worry if you don't have a subscription for those channels: a single £25 BT Sport online monthly pass will cover all of these games, there is a way to watch every match on your television, without a contract, smart TV or complicated installation process.

All you'll need is:

As well as those 28 European matches, BT Sport will also be showing five Women's Champions League matches, and the Community Shield between Liverpool and Arsenal on Saturday, August 29.

It also has rights to the end of Australia's A-League season, and the UEFA Youth League, meaning you'll never be without football to watch this month.

How long do I need to subscribe to BT Sport for?

One month is the shortest amount of time you can get a pass for, and costs £25 – but given there is no contract, once that month is up you don't need to pay for any more.

You also don't even need to pay for Now TV – you can simply watch on your laptop or get an HDMI cable to link your laptop to your television screen (just make sure to check which kind you'll need for your laptop first).

SHIRTS New Premier League kits 2020/21: every released home and away shirt so far