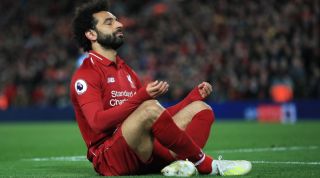 Now we know. We know just how good this Liverpool team is. We know that Manchester City are, marginally, even better. We know who couldn’t hack it. We know who are oh-so-middling, and we know that Bournemouth can go on incredible winless runs and still not be bothered by relegation. The Premier League season is over, and now we know.

More importantly, the end of the Premier League season means we know who has the real bragging rights: the Fantasy Premier League campaign has also come to a close.

All over the country there is someone in a workplace, a gang of university friends, a seemingly-randomly assorted group of people (only one of whom you have you met, and that was two years ago), who can say: “I am better than you. I won our fantasy mini-league.”

But how did they get there? Which players carried them over the line to glorious victory? In short: who were the best players in fantasy football this year?

We’ve put together the 50 players who accumulated the most points in Fantasy Premier League this season. We’re giving you their team, fantasy football position and six minutes to try to name them all.

Let us know how you got on at @FourFourTwo, and challenge everyone else in your fantasy league to see if they can do any better.

QUIZ! Can you name the most-used XI from every Premier League team in 2018/19?