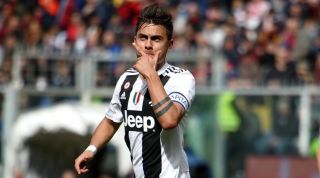 Tottenham are ready to splash the cash on a couple of South American stars ahead of tomorrow's transfer window deadline. Both Argentine Paulo Dybala and Brazilian Philippe Coutinho have been linked with the north London side on today's back pages, in moves that would enormously boost Spurs' attacking line.

Barcelona's Coutinho has pedigree for scoring goals in the Premier League (only one Brazilian has more), while Juventus' Dybala has over 100 career club goals to his name. But can he hack it over here? If his contenintal peers are anything to go by, he has a decent chance.

Will either move actually happen? Of course not. But where's the fun in that?

As the league has grown more international, the South American influx has increased, with players bringing their flair, passion, transfer sulks, trumpets and yes, goals. It’s the latter we’re testing you on today - asking you to name the CONMEBOL lads who’ve scored six or more goals in the Premier League.

Now, 10 minutes are on the clock: get quizzing, then let us know how you did @FourFourTwo – and challenge some pals while you’re at it.

QUIZ! Can you name the 52 most expensive centre-back transfers of all time?