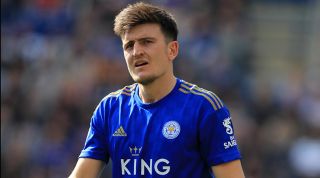 After winning the domestic treble, Manchester City appear ready to hand boss Pep Guardiola a bumper deal to keep him at the club for at least the next five years. According to TheSun, the 48-year-old – who still has two years remaining on his current contract – could see his annual salary rise from £15 million to £20 million.

Sticking with Manchester City, and Ilkay Gundogan looks set to commit his future to the club, the Mail reports. The midfielder is reportedly hoping to re-open negotiations to extend his time at the Etihad Stadium beyond 2020.

Meanwhile, with Vincent Kompany’s departure confirmed, City are turning their attention to Harry Maguire, the Mail says. It is reported that the Leicester and England defender is Guardiola’s top pick to replace his former captain, but the Foxes will be reluctant to sell.

Alexis Sanchez’s tumultuous time at Manchester United could be coming to an end sooner rather than later, The Sun reports. It's thought that the 30-year-old will return to pre-season training early to overcome a disappointing campaign plagued by injury and make a head-start for next term, with the Chilean thought to be targeting a move overseas.

Man City fans launch petition to get a Vincent Kompany statue at the Etihadhttps://t.co/dqLpCWVIhz— The Sun Football  (@TheSunFootball) May 20, 2019

Yannick Carrasco: Arsenal have been boosted in their bid to sign the Belgian midfielder who plays for Dalian Yifang in the Chinese Super League, after the 25-year-old hinted he is eyeing a return to Europe, The Sun says.

William Saliba: Manchester United and Arsenal have the 18-year-old Saint-Etienne defender in their sights, Goal reports, as both sides look to strengthen their options.

SANTI! 11 forgotten internationals who shone after returning from the abyss

QUIZ Can you name the most-used new player by every Premier League team in 2018/19?