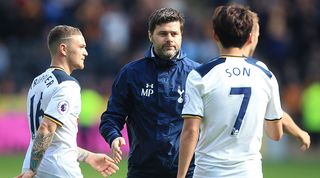 In 2017, Leicester scrapped their way out of relegation - hardly the conventional way of defending your domestic crown. It’s time for the Foxes to normalise now. Craig Shakespeare took over a team one point clear of the drop zone back in February and, under his guidance, the champions went undefeated in 11 of their remaining 16 games. That form should carry over to the new season.

New boy Vicente Iborra, while no N’Golo Kante, is a combative leader - someone you’d want to go to war with. His personality and steel in midfield will strengthen Leicester’s spine, and assuming they can hold on to Riyad Mahrez – 50/50 at this rate – Shakespeare's steady hands could steer them into Europe.

2. Milan's comeback season - a double on the horizon

The summer of 2017 will be remembered as the summer of Milan's revival. They've thieved Leonardo Bonucci from Juventus and will partner him at centre-back with Mateo Musacchio, who was a pillar of Villarreal’s outstanding defence last term.

Elsewhere, Andre Silva is one of their most exciting attacking signings in years - perhaps since Mario Balotelli blitzed Serie A with 12 goals in 13 games in 2014. Silva is even more versatile than the Italian and could easily top the Serie A scoring charts, while proven left-back Ricardo Rodriguez will bolster the defence. Throw Andrea Conti, Hakan Calhanoglu and Lucas Biglia into the mix, and Juventus have plenty to worry about.

Amid the madness, Gianluigi Donnarumma has committed his future to the club having appeared to be on his way out, and manager Vincenzo Montella has penned a new contract. Milan might lack a little squad depth, but in a do-or-die game their starting line-up is capable of throwing some heavy uppercuts against even the best Europa League and Serie A opponents. The Rossoneri will be a difficult team to thwart.

3. Tottenham slip out of the top four

In a vacuum it’s hard to see Tottenham regressing, but they're up against a revival of Manchester’s two big clubs and an Antonio Conte-led Chelsea. All three of those teams have bolstered their squads significantly this summer, while Tottenham have relied on continuity (not unwisely) and sold Kyle Walker to their rivals. Whisper it quietly, but their beloved White Hart Lane home has been demolished, and a season at Wembley awaits.

Competition for fourth place will come in the form of Arsenal, who will depend upon Alexandre Lacazette’s prowess and healthy seasons for Alexis Sanchez (if he stays), Theo Walcott, Aaron Ramsey and Mesut Ozil. On paper, the Gunners are a top-four team and they’ll be hungry to avenge losing their customary fourth-place position last time out.

Last season, FFT predicted that Real Madrid would make history by retaining the Champions League (it was the only thing we got right, but hey). If any team had the capability to do it, it was one with brilliant depth which Zinedine Zidane managed masterfully. Now it’s time to take that prediction one step further.

Madrid have already won consecutive European crowns, but this could merely be the start of their run. The squad's average age is 24, which could decrease further if Kylian Mbappe is acquired, and there are plenty of options in every position.

Following three Champions League titles in four years with a treble season may seem unlikely, but sport continually proves us wrong with what is and isn't possible. If anyone can do it, it's Zidane's Madrid.

There's something strange going on behind the scenes at Barcelona. The players they’ve been linked with this summer - Paulinho, Dani Parejo - wouldn't fill their glaring midfield holes. The Marco Veratti dream looks all but gone, and the Neymar saga is unsettling. They’ve focused all their efforts on Messi’s gargantuan contract, but have yet to really strengthen the team around him.

Meanwhile, Madrid snatched Dani Ceballos from underneath Barça’s noses, and Atletico will be bolstered by Diego Costa (TBC) and Vitolo in January. It could be a struggle for the Catalans.

Pep Guardiola’s side is built to bother goalkeepers this season. A productive year for the incisive Gabriel Jesus looms – the Brazilian could conceivably grab 15-20 goals – while behind him, midfield brainiac Bernardo Silva will help David Silva and Kevin De Bruyne pull the strings.

City are capable of penetrating teams at will, especially now Guardiola has got the full-backs he really wanted – the buccaneering runs of Kyle Walker and Benjamin Mendy can overwhelm opposition defences.

Even without Costa, who is a perfect fit for Conte's system, Chelsea are well equipped to go further than any other English representative in the Champions League. They're capable of reaching the semi-finals given how tactically astute their Italian head honcho is, especially in two-legged knockout ties where staunch defensive organisation and efficient attacking will bring success.

Alvaro Morata is no Costa, but he is a big-game player. He made a habit of scoring some big goals in European fixtures with Juventus and could do the same in Chelsea colours.

Everton have replaced Romelu Lukaku, who scored 25 goals last year, with Wayne Rooney and Sandro Ramirez. It was the right gamble to take, but it’s unclear whether the former can rediscover consistent goalscoring form and whether the latter can fill that sizeable void left by the Belgian.

Two decades on from France’s only World Cup triumph, Les Bleus find themselves with their best group of players since the Zinedine Zidane era. To take it one step further, they probably have the strongest squad on the planet - even better than Spain, who are virtually three-to-four players deep in every position. Didier Deschamps has unprecedented depth to work with and a group of feisty, hungry gunslingers looking to make amends after their loss in the final of Euro 2016.

10. De Gea becomes the most expensive Spanish player ever

It would almost be criminal for Real Madrid to replace the well-liked, classy and reliable Keylor Navas. The Costa Rican goalkeeper had a bumpy start to last season, but recaptured his best form by the end of the campaign. Zidane and the players love him, and have made that abudantly clear to Florentino Perez.

And yet: by the end of 2017/18, Navas will be 31. David de Gea, meanwhile, is young, Spanish, marketable and - most importantly of all - really good. It's a cruel world, but he fits the bill like no other.

It’s time for the long-overdue injury-free season Luke Shaw desperately needs. The England left-back returned to pre-season training earlier than most as he continued his rehabilitation from an injury picked up against Swansea in late-April – something Jose Mourinho was said to be impressed with.

Publicly the Portuguese has had an awkward relationship with Shaw, questioning his attitude and simply not picking him for squads in the past, but that improved towards the tail end of last season. Indeed, before Shaw's latest injury it was reported that Mourinho was aiming to make him United's No.1 pick at left-back this season. Once he's back fit, that plan can get back on track.

Carlo Ancelotti has the chance to revive James Rodriguez's career at the Allianz Arena, but he also faces the prospect of getting it wrong. Ancelotti, a man with a proven track record as an elite manager, carries demons with him year after year with his refusal to rotate players; murmurs surfaced last season that the Italian was driving his first-choice XI into the ground.

If he doesn't juggle Arjen Robben, James, Thomas Muller, Franck Ribery and Kingsley Coman efficiently, everything could blow up in his face.

Summer transfer rumours: the 10 moves to watch this week

6 Naby Keita alternatives who Liverpool could sign instead this summer

Let’s save the post-mortem talk. He’s not at his peak any longer, but Zlatan will recover from his injury mid-season, provide some depth for Mourinho’s men and ride it out with everything he’s got.

15. Walcott plays his last season in an Arsenal shirt

Other clubs may not be ready to pay full value for Walcott this summer, but his contract expires in two years and Arsenal will want to cash in on him next summer rather than letting him walk for nothing in 2019. The Walcott era - promising, frustrating, injury-riddled and all - will come to an end in 2018.