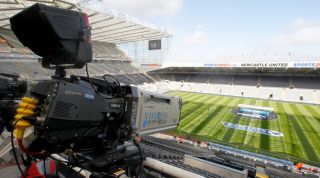 PremFlix is on the horizon. We don’t yet know what form it will take, how much it will cost or even what it will actually be called, but some form of direct-to-consumer broadcasting model is now inevitable.

For now, it has only the faintest outline, meaning there’s little sense in predicting its delivery or dynamic. One conclusion it probably is safe to draw, however, is that it will give supporters more chance to retreat into their own, exclusive groups. With any direct-to-consumer model comes the opportunity for digital season tickets and, with that, the chance to tailor match-watching experiences to particular fanbases.

The reality may not be quite so ultra-localised or so literal. It needn’t mean appropriate regional accents for particular commentaries, or hopelessly biased post-game analysis, but it implies a move in that general direction. For all intents and purposes, PremFlix might have the unintended consequence of creating 20 individual club television channels and, on the basis of football’s general health, that wouldn’t be a welcome move.

Can Jose Mourinho make Champions League history? How the Tottenham manager is chasing a lost dream

Obviously not, because the game is already sick. With each month, its standard of conversation deteriorates further. In 2020, football is dominated by all sorts of serious issues – sports washing, human rights abuses, money laundering, doping – and the graver those situations become, the more febrile the standard of debate around them somehow tends to be. The conclusion is that tribalism has conditioned a lot of supporters to reject constructive dialogue and, unfortunately, that's happened during an era in which the greater good has never needed more attention.

Football has big, frighteningly macro ambitions for itself. It's become a megalomaniac's paradise and yet, still, we're all too worried about Combined XIs and one-upmanship to notice or care - and it's difficult to see this pattern of change correcting that problem.

One of the inadvertent benefits of the current broadcasting model in England, is that it encourages degrees of tolerance and civility. It’s not particularly effective – clearly – but gathering behind television screens, together, is protection against the kind of partisanship which is on the rise. It’s a forced co-existence, essentially, in which fans are compelled to see a world beyond just their own and look at football as a whole.

They have to watch other clubs playing and, whether they like it or not, consider the issues of the day from different perspectives. Whether that’s a truly effective balm is a different issue, but it has some kind of virtue, at least in principle.

Consider the proposed change, though, and imagine its impact at the furthest point of its evolution.

Fans would – theoretically – be able to pass through entire seasons while engaging solely with their own clubs. It’s several degrees removed from what’s being proposed, admittedly, but in time they could be funnelled through the kind of content which routinely packs the schedules of Liverpool, Manchester United, or Chelsea TV now. Highlights of games which are never lost, panel shows in which the club is always the hero, and post-game analysis which feeds the conspiracy beast.

Those are relatively benign entities for now, but endow them with live match rights and their threat would be very different. Instead of flophouses for the bored, they’d be legitimised into hot-housed chapels, rich in the noxious fumes which turn fanbases into cults.

That’s paranoia, most likely. PremFlix remains an idea rather than an active initiative and this kind of club specialisation would be a decade away at least, if it’s even realistic at all. But it’s a frightening scenario and one to be wary of.

It's not particularly difficult to imagine, either, given the unthinking ferocity of fan-on-fan abuse and the attacks suffered by any journalist who dares dissent. That's not a problem with football specifically, but the sport's landscape is now definitely patrolled by twitching, neurotic armies, ready to attack at a moment’s notice. In that climate, introducing a futher, secular element hardly seems wise.

For all the obvious reasons, of course, but a few others as well. Consider the value of those echo chambers to clubs, for instance, and how they might be controlled, monetised and manipulated. In those kind of environments – built on the premise of footballing isolationism – that kind of unthinking loyalty is less a quirk of the sport and more the making of a doomsday scenario.

Eat this approved doughnut. Bet with this official bookmaker. Apply for this high-interest mortgage. At the moment those are just suggestions. In time, though, who knows?

Perhaps that's a step too far down the rabbit hole, a bit too much like an episode of Black Mirror to be taken seriously, but football needs to be careful in how it encourages some of these loyalties.