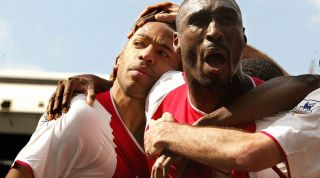 Over the last 20 years, no European national side has been as successful as France. Since the 1998 World Cup, Les Bleus have been in the final of five major international tournaments – winning three of them. That’s more than Spain (three wins from three finals) and Germany (one win from three finals).

Given that France have just won a World Cup with the tournament’s second-youngest team – and could afford to leave several high-profile talents off the plane altogether – their new reign of success may just be beginning.

That’s been reflected in the Premier League. Ever since Arsene Wenger rocked up at Arsenal and plucked one or two fairly handy French players out of his magic bag, there’s been a steady flow across the channel. Yet none have scored more than this lot.

Get guessing, then let us know your score @FourFourTwo – we’ll retweet the best, if you don’t give answers away. Please challenge some pals as well to see if they can best your score. The winner gets the World Cup! (Just so long as you can swipe it out of Kylian Mbappe's bed.)