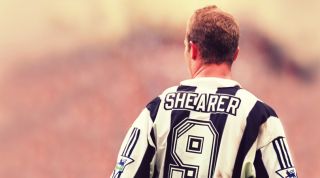 12 minutes on the clock, 50 players to guess - obviously some players do share records, but we won't make you guess every holder. Just one will suffice.

As the 2019-20 Premier League season draws to a close, so does the third decade of the greatest league on Earth. The first was characterised by Sir Alex establishing his dynasty among challenges from North London and Lancashire; the second by the rise of the billionaires; the third has been a twisting, transition decade where the Big Six has been established and subsequently challenged.

Who knows what the 2020s will hold? Perhaps Newcastle United really will rule supreme. Perhaps we're in for more promoted clubs joining the elite table. Maybe we'll see a Big Eight, Big Ten or perhaps Sir Alex Ferguson will come back to management and sweep the next nine titles.

Here's to the future of the Premier League - this final weekend of the 2019-20 season, however, we'd just like you to list the players who hold records of days gone by.