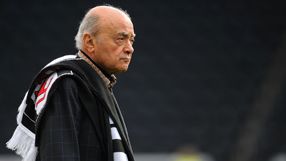 Relegation-threatened Wigan Athletic are the latest team to suffer from some poor decisions while Fulham had a strong shout for a penalty turned down at Manchester United last month.

"It is time for the Premier League to wake up. They have been in a coma for a long time. Lots of clubs are suffering from such stupid decisions," Al Fayed said in a statement.

"Once again I call for action to review the standard of officials, and the transparency of the processes by which referees are allocated to games."

He renewed calls for technology to be introduced to help referees, who he thinks should be more openly punished for bad mistakes.

"The FA's problem in addressing this pivotal situation is that it has too much power. Where else can decision-makers [referees] escape all responsibility to admit serious and blatant errors and have the protesters [the football clubs involved] fined on charges of misconduct?" Al Fayed said.

"The losses that we incur from such careless decisions have a huge impact and can have calamitous consequences."