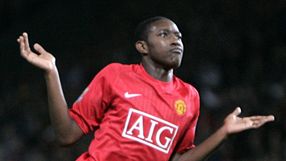 “When he completes his growing, he’ll really be something. Danny’s a terrific, down-to-earth boy and I’d like to have given him more chances by now but at this stage of the season all our results are vital.”

Plus! Rate United players (and others) onTalentspotter