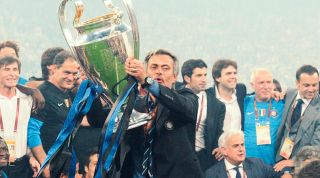 Ten minutes on the clock, 64 managers to guess. You ready for it?

City vs VAR. Messi vs United. Ronaldo vs the world. The battles that the Champions League can give us on the pitch are tantalising - but so are the ones in the dugout.

The history of the competition is littered with the greats of the game, the most insightful minds who mastered the tactics board and delivered European glory to the trophy cabinets of their clubs.

There are 16 managers left in the competition - but who are this year's coaches looking to etch their name next to in the history books?

LIVERPOOL The 10 longest unbeaten runs in Premier League history – how far do Liverpool have to go?