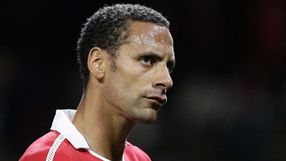 United gave no reason for the absence of the England centre back, who played the full 90 minutes of his team's 2-0 win over Tottenham Hotspur on Saturday.

GEAR:Get 10% off Manchester United home, away and retro shirts here, courtesy of Kitbag

"Ferdinand... will not feature in Tuesday's clash with the Turkish champions," a statement on the club's website said after the team checked in at Manchester Airport without the 31-year-old.

"That may pave the way for Chris Smalling to make his third European appearance of the season alongside Nemanja Vidic in the centre of defence."

United lead Group C with seven points from three matches, with Scottish champions Rangers second on five. Spain's Valencia are third on four points, while Bursaspor are bottom with zero.