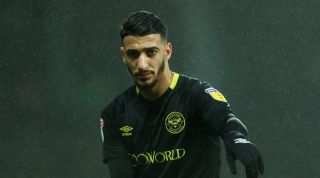 No such thing as a good January transfer, you say? Signing players from the Football League won’t immediately pay off, you add?

Pah! We’re going to kill two mythical birds with one stone, and recommend eight players from outside England’s top flight who could improve a Premier League side in what remains of 2019/20.

We’re not saying these transfers must or will happen. We’re just saying they’d make a lot of sense.

While Tottenham are supposedly at the front of a long and illustrious queue to sign Eze (not that this is how queues or transfers work), Manchester United should be looking at QPR’s young midfielder, despite having moved to lower expectations around buying anyone in January. Fast-tracking Dan James into the elite worked surprisingly well, the Welshman contributing to a Premier League goal once every two games on average.

United need a progressive ball-player in midfield, turning defence into attack, and Eze fits the bill. A startlingly high pass success rate of 86% is perhaps misleading – the last thing United need is another midfielder taking the safe option – because Eze passes with ambition as well as accuracy. He carries the ball well, too, contributing to 16 goals in 2019/20 while also winning free-kicks aplenty. If that sounds like a backhanded compliment, consider how impressive Jack Grealish has been in the Premier League.

In all, Eze is in the Championship’s top 10 rankings this season for goals, assists, pass completion rate and successful dribbles, and those things rarely go together.

Being 21 and English usually makes a player stupidly expensive. However, Eze’s contract expires next year. That also means that QPR, who look certain to stay in the division and who know Eze may well move in the summer, may listen to good offers now.

OK, we’ll immediately acknowledge the elephant in the ointment, the fly in the room: Benrahma’s manager, Thomas Frank, says the player won’t be moving this month. Yet this is Brentford, and a potential for the stadium-building club to receive £20m-plus, with sell-on clause.

He’s worth every penny. Benrahma is an astonishing talent, with vision, trickery and the sort of pace that makes you check the video isn’t set to 1.5x speed. At 24, he’s beginning to approach his peak years. Aston Villa have been in pursuit but, in truth, he’d help teams further up the table.

As far up as 3rd, even. Leicester are in the market for a winger and, with Champions League football all but secured already, they could give a new player time to settle in before the 2020/21 season. They’re not bad at this January business lark: Demarai Gray joined in 2016 and Wilfried Ndidi in 2017, then January 2019 brought Youri Tielemans initially on loan and the recall of Harvey Barnes from his own loan.

In previous seasons, prying Benrahma away from the Bees wouldn’t have been too difficult. Now, with promotion in sight, they’re understandably reluctant to sell. But everyone has their price – especially Brentford.

Everyone is aware of Steve Bruce’s struggle to extract goals from any Newcastle players who aren’t defenders. He wouldn’t say no to a box-to-box midfielder who scored 11 times in the Championship for Preston last season.

Although 2019/20 has been less lucrative for Browne, who isn’t in great form at present, he also impresses with his industry, pressing and defensive contribution. At 24, he may not fit the Mike Ashley profile of buy-’em-young-flog-’em-at-a-profit, but neither has he already peaked. Also worth a look is Ben Pearson, another 1995-born Preston midfielder whose contract is up next year.

Another box-to-box midfielder, Bristol City’s Brownhill is rumoured to be joining Burnley but – though their fans and owners won’t thank us for the comparison – Everton should be considering a bid themselves. Lately, Goodison Park has seen the questionable results of investing heavily in scraps from the top table, and Moshiri & Co. could stand to look down as well as up.

Brownhill offers defensive solidity, leadership, a sound reading of the game and good progressive passing from deeper areas. He scores a few, too. Aged 24 and with nearly 250 professional appearances under his belt, he could be a sound investment for around £8m.

Less than a year ago, Grant was in League One. Now, he’s proven himself in both the Championship and the Premier League – and he’s still only 22.

The ex-Charlton striker jumped two divisions midway through last season and immediately gave a better account of himself than most Huddersfield players. He has since continued to score for a team that doesn’t create much, notching 16 of Huddersfield’s 40 goals following his arrival last January.

He’s no goalhanger, either: 37 key passes this season (a top-10 haul among second-tier strikers) have yielded four assists. West Ham and Crystal Palace should be interested, although the latter now have Cenk Tosun on loan.

Who wants a midfielder that can do everything well? That’s right: most teams. Swansea’s Byers, 23, is a sound all-rounder who belongs on more radars – he excels at moving the ball into the penalty area and at getting forward himself, yet also ticks most of the right boxes defensively.

Bournemouth could be a natural home, especially as Eddie Howe persists with a two-man midfield in most games.

This would be a bit of a punt: a Premier League outfit – for the time being, at any rate – buying a player who is currently breaking through at League One’s Oxford United (as opposed to the National League South’s Oxford City, which really would be a punt).

However, a clever club could get in quickly while 21-year-old Baptiste is still in the early stages of garnering interest. The trailer for his film of the season would include three marvellous solo goals against West Ham, Lincoln and Hartlepool, but beyond his eye for the spectacular there’s a maturing, mobile, attack-minded midfielder with a ceiling higher than St Paul’s.

Why Norwich? Because for a team promoted on the back of its attacking fluidity, their midfield has been too disconnected of late; split between the anchors and creators. Baptiste would be a good fit and an asset in the Championship next season, not that Daniel Farke would have anything to lose by throwing him in at the deep end right now.

It’s no secret: Hull's Jarrod Bowen is ready for the Premier League and has been for a year or more.

Nobody in the Championship has scored or assisted more goals this season. Only a handful did last season, and of the division’s nine most productive players in 2018/19, only Bowen isn’t playing in the Premier League in 2019/20. He plays for a mid-table side, and he isn’t even a striker.

Nor, as is claimed, is the 23-year-old merely a natural finisher who shirks the dirty work; on the contrary, Bowen’s a remarkably good ball-winner for an inside forward, reading the game well, putting defenders under pressure, putting in plenty of tackles and succeeding with more than half of them. He’s one of the league’s top 10 assisters. He’s fond of a dribble. He’s nearing the end of his contract.

What exactly are Premier League teams waiting for?