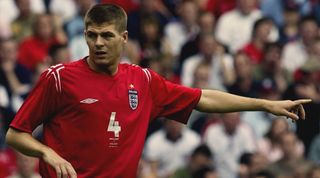 Fourteen minutes on the clock, 250 names to guess.

Sit back, relax... then unleash your frustrations as you try our latest teaser.

We want you to name every player who's appeared in an England squad at major tournaments since Euro '96 – yep, all 250 of them.

Obviously lots of players feature more than once, though, so don't balk at that tally (basically, it's not as hard as you think).

No one is going to the Euros just yet - we're gonna have to wait a year for that - but that's no reason not to look back at who's been to big tournaments since the 90s...