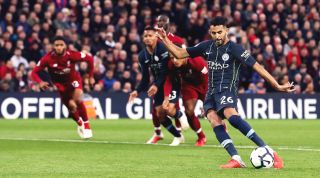 Twelve minutes on the clock, 80 names to guess.

There was talk earlier on in the season about who would take Manchester City's penalties after a series of misses from various takers.

One of the ideas floated was to give the duties to Ederson. You know - that tall, tattooed fella who plays in goal for them.

While things perhaps haven't got that bad for City just yet when it comes to spot-kicks, the Etihad's penalty missers aren't alone in the Premier League.

We've listed out the last 80 players to flunk it from 12 yards - how many of them can you guess?