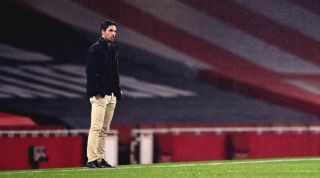 The perception of modern football is that managers aren't given a fair crack of the whip. That chairmen are trigger-happy and that the age where you could have a job for life has gone.

Is that really true, though? Well, perhaps. It's very rare that a manager lives to fight another day if they fail with their targets for a season. But there are still exceptions.

Sean Dyche got Burnley promoted, was relegated and hung onto his job to bring them back up and turn them into a force that got into Europe. If more clubs followed Burnley's lead, who knows what they could achieve?

Today we're looking for those managers who have been hired for projects big and small - how many of the last 50 top-tier bosses can you name?

EUROPE How Bayern Munich will look with Leroy Sané – but can their new signing help deliver Champions League glory?