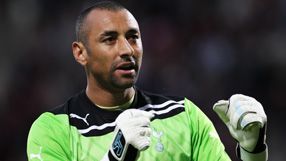 The 31-year-old, who has been with Spurs for three-and-a-half years, has won three international caps.

Earlier on Thursday, Mueller said Germany keeper Tim Wiese would be left out of the squad for an unspecified spell due to mounting pressure from fans and the media.

Wiese, who joined the club this season from Werder Bremen, has had a poor campaign.

"We have to take him out in order to protect him. Whatever Tim does now he hasn't got a chance - he cannot be evaluated properly," Muller said.

Hoffenheim are second from bottom in the league.