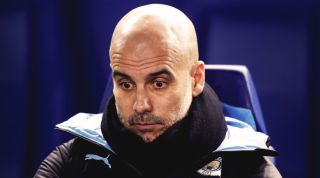 The new issue of FourFourTwo magazine is in shops from April 29, and celebrates the 100 greatest managers of all time. So this week, we're giving you loads and loads of manager quizzes on the website this week. Let's hope you know your Heynckes from your Hiddinck....

Ten minutes on the clock, 100 managers to guess - some of them obviously appear more than once...

That's right - despite his incredible influence, his stature as one of the game's greatest thinkers and the reputation he's built over the years for being one of the best managers of all time, he has won very little silverware. It's a surprising fact.

Not all managers can amass such praise and respect without winning titles, however. For the vast majority of bosses, trophies are signposts of success: proof of the pudding, justification of a chairman's faith.

Today, we're looking for the managers who can be considered the most successful in the world, judging by their trophy haul. We've listed all the major gongs we can think of - how many of their winners can you recall?