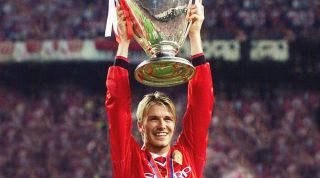 NOW TRY Quiz! Can you name the 50 most valuable English players according to Transfermarkt?

OK, you could probably name most of the winners of the Champions League - or the European Cup as it was pre-1993 - but can you name the exact years that each club won?

We've listed them all out as clickable buttons. All we want you to do is scroll through the seasons and click whichever side won the trophy that year. Remember - if you get one wrong, you can't go back...

While some years stand out particularly, others are a little harder to guess. Which season was it that AC Milan ground out that win in Manchester? When exactly did Chelsea do it? And how many Champions Leagues have Real Madrid actually won now?

We'll leave that all up to you to guess...