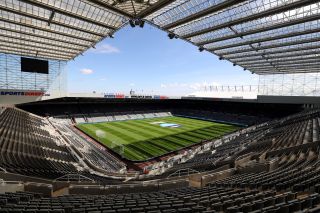 The Saudi-led takeover offer for Newcastle has been withdrawn, with the consortium criticising the “prolonged process” for their decision to walk away.

The Middle East country’s public investment fund (PIF) had been set to take an 80 per cent stake in the Premier League club under the terms of the deal, which was understood to be worth just over £300million.

The proposed deal was criticised by human rights groups, while Saudi Arabia’s links to piracy of sports broadcasting rights were also scrutinised.

However, it is understood the Premier League’s primary concern was that the deal would set a precedent in allowing one of its clubs to effectively be state-funded.

The PIF is a commercial entity, and it is understood it sought on multiple occasions to reassure the league over its independence from the country’s rulers.

It is also understood the PIF learned as far back as April that there were no ‘red flags’ on the deal.

The fund was preparing to invest £250m in the club over five years, and additional money to benefit the wider Newcastle community.

The Premier League has not yet commented on the failed takeover.

A statement on behalf of the PIF, along with PCP Capital and RB Sports & Media, who would have each taken a 10 per cent stake, read: “The prolonged process under the current circumstances coupled with global uncertainty has rendered the potential investment no longer commercially viable.

“To that end, we feel a responsibility to the fans to explain the lack of alternatives from an investment perspective.

“Ultimately, during the unforeseeably prolonged process, the commercial agreement between the investment group and the club’s owners expired and our investment thesis could not be sustained, particularly with no clarity as to the circumstances under which the next season will start and the new norms that will arise for matches, training and other activities.

“We feel great compassion for the Newcastle United fans with whom we shared a great commitment to help Newcastle United harness its tremendous potential and build upon its impressive and historic legacy while working closely with the local community.

“We would like to say that we truly appreciated your incredible expressions of support and your patience throughout this process. We are sorry it is not to be.”

The league was warned by human rights group Amnesty International that it “risked becoming a patsy” if it allowed the takeover to go through.

The piracy question has also been a particularly thorny one, with the Premier League itself having repeatedly tried and failed to seek legal redress against illegal broadcaster beoutQ through the Saudi system.

On Wednesday, Saudi Arabia appealed against a World Trade Organisation report which found that it had facilitated the activities of beoutQ.

Saudi authorities also suspended the broadcasting licence of beIN SPORTS earlier this month, which meant there was no legal means to watch Premier League football in the country until 2022 at the earliest.

It is understood Newcastle owner Mike Ashley received a non-refundable £17m deposit as part of the deal earlier this year.