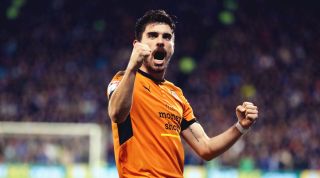 Ten minutes on the clock, 30 players to guess.

If you ever want to see how big football is in England, you only have to look as far as the Championship. How many countries around the world could fill their national stadium for a play-off between two second-tier teams?

The Championship is one of the best-supported leagues in the world, but it's also one of the best-quality. There are winners of European trophies in this league, some of the biggest clubs from history, and some of the players would be playing top division football in any other European country.

Over the years, there have been some huge transfers involving Championship teams, too. Either the talent in this league has been poached, or the clubs have had the pulling power to attract the best.

Today, we're looking for the players involved in the biggest deals - the teams who have just been relegated, the teams looking to come up, and the statements of intent from within the league. What a league it is, too.

ARSENAL Was Sol Campbell's move to Arsenal the greatest Premier League transfer ever?