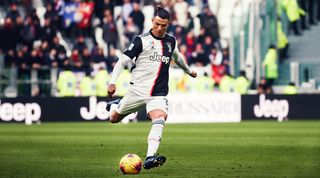 Eight minutes on the clock, 40 players to guess - some of them obviously appear more than once...

NOW TRY Quiz! Can you name the last 100 managers to win these trophies?

There are some that claim that xG adds nothing to football - while Match of the Day even include it in their post-match statistics.

Expected goals is a measurement of where shots are taken and the likelihood of these efforts hitting the back of the net. But really, they're only half the story in how teams attack and which players get into which positions to have a crack.

There are some players on this list who are more likely to score than others, after all. It's interesting to see which players shoot within the box more and which have a go from range.

We've limited this list to the players who have played 10 or more games last season.