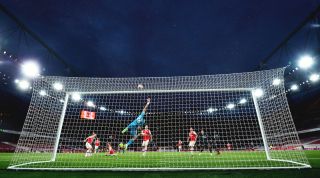 10 minutes on the clock, 75 players to guess across the 15 categories we've listed.

Another Premier League campaign is all but done and dusted. There are still important things to sort out, like relegation, Champions League places and whether or not David Luiz can make one more classic clanger before time is called, but otherwise, we're finished for another year.

This will forever be remembered as the COVID-19 season. Which is harsh considering some of the things that a number of players have achieved this season.

This is the season that Bruno Fernandes questioned whether it really is ludicrous to give the Player of the Year award to a lad who arrived midway through. The season when Vardy and Rooney became enemies - though Jamie and Wayne had nothing to do with it. The season that we found out Jon Moss has "Mossy" embroidered on his boots.

It's not all been bad. Here's to another mad term of Premier League football, everyone.