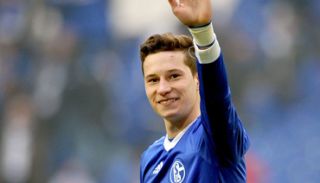 Draxler, at Schalke since 2001, was linked with a move to bitter regional rivals Borussia Dortmund after Mario Gotze agreed to join Bayern Munich last month. He was also a transfer target for several top European clubs.

The versatile 19-year-old Germany international, who has experienced a rapid rise in the past two seasons, is considered among the most talented of a new crop of German players.

"With pride and passion until 2018 - contract extended," read a message on the club website on Friday, a day after banners bearing the same slogan appeared on cars in the Ruhr valley city late on Thursday hinting at an imminent deal.

Draxler has scored nine goals and set up another three this season, helping Schalke to fourth place and a potential spot in next season's Champions League qualifying rounds with two games left to play.