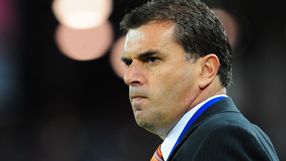 Postecoglou will leave the Queensland club after two-and-a-half years in charge and is set to take over as the coach of Melbourne Victory, local media reported.

"Over the past few weeks there has been speculation about my future as Brisbane Roar head coach - I have decided to end my tenure in this position, effective immediately," Postecoglou said in a statement.

"Obviously this was an extremely difficult decision on my part but I feel that now is the right time for me to seek my next challenge in coaching."

The Roar said they will name a new coach on Wednesday.

On Sunday, the Roar rallied to beat Perth Glory 2-1 in dramatic circumstances thanks to a controversial stoppage-time penalty in the Grand Final.

Despite capturing prized Australia international forward Harry Kewell last year, Melbourne finished the 10-team A-League in eighth and are looking for their fourth coach in just over a year.