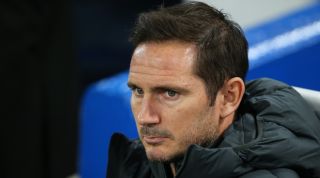 One important note: we’ve included ‘interim managers’ (those who took the job but on a short-term basis) but not caretakers (who just stepped in but were never the real boss), which seems fair. Also, managers who were caretakers in the Premier League but didn't take charge of a game as permanent manager aren't included (sorry, Darren Moore).

Now, 12 minutes are on the clock and each individual's played for and managed Premier League club(s) are below. Let us know how you do @FourFourTwo – we’ll retweet the best efforts, if you don't give answers away. Please challenge some friends while you’re at it. Ta!

As the all-singing, all-dancing Premier League relaunch occurred way back in 1992/93, it’s no surprise that plenty who’ve played over the last 25+ years have also shown up again in the dugout. In fact, some of these Roy of the Rovers-type heroes actually played and managed at the same time.

The vast majority, however, went away and came back a bit older and (hopefully) wiser to take up management. Not that it went brilliantly for all of them. Just by reaching the Premier League, a player has achieved at a high level – well, mostly – but that doesn’t guarantee success in management, as this quiz shows.

ANALYSIS Granit Xhaka may have played his last game for Arsenal – but how much of this saga could have been avoided?