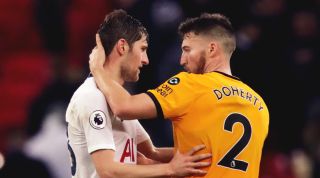 Premier League business is significantly reduced this summer, if rumours are to be believed.

But while English clubs have got a lot less money to throw around, post-coronavirus, there are still transfers to be made. Here's the run-down of every one of the summer so far...

ARSENAL TRANSFERS How far along is the move for Philippe Coutinho?

🔵 | Leighton Baines has announced his retirement from football.Thank you for everything, Leighton. 💙 pic.twitter.com/mhYYWiPHHBJuly 26, 2020

TRANSFERS Valencia put their squad up for sale, with Premier League sides on alert

Valencia CF want to thank Rodrigo Moreno for his commitment and effort over the last six seasons - in which he helped to win a Cup title. We wish him all the best in this new stage of his career at @LUFC. pic.twitter.com/1tpTEJEhRJAugust 25, 2020

MANCHESTER CITY TRANSFERS Why Nathan Ake actually is worth £41m

"It brings back so many memories, it feels like home."Go behind the scenes as Aaron Ramsdale returns to the Blades. ✍️August 20, 2020

✍️ We are delighted to announce the signing of Pierre-Emile Højbjerg from Southampton!#HøjbjergIsHere ⚪️ #COYSAugust 11, 2020

"I want to do the maximum for my team with the maximum intensity. It is my style." 🗣 @tomassoucek28💯 every time he pulls on the shirtSoucek discusses signing a permanent contract with the club ⬇️July 24, 2020