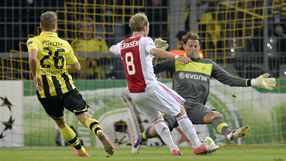 "He's still only 20 years' old, but he's a player who is developing all the time," Olsen told Denmark's TV2 Sport.

"He's played two, three years and been a champion a couple of times, he's played over 25 internationals and been in a lot of Champions League games.

"[A move] would be a bad idea. There are many positives [with Ajax], they play for the title, they're at the top, they're regularly in the Europa League playing big games."

Eriksen, who was the youngest player at the 2010 World Cup, has been linked with moves to Barcelona and Tottenham Hotspur.