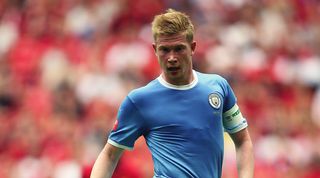 Eight minutes on the clock, 30 players to guess.

We're in May now, and while many of us expected Liverpool to have been officially crowned Premier League champions by now, it's not quite happened yet.

But still, it was an astounding season for a number of players in the Premier League. Today, we'd like you to guess them.

We've scoured the top 30 rated players in the league according to top stat site WhoScored - who do you think made the cut?