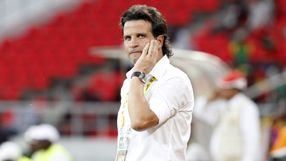 The 40-year-old Portuguese, who until last month combined the job with coaching Ligue 1 club Le Mans, said he had received offers from Mali and clubs in Belgium and Tunisia but was waiting to discuss his future with the Burkinabe federation.

"My contract runs out in April so I have some time to make up my mind. But to best combine family life with work, it is better to be a national coach rather than the intensive work at club level," Duarte told Angolan radio.

Burkina Faso were knocked out of the Nations Cup on Tuesday after losing 1-0 to Ghana.

Their only other game was a 0-0 draw with the Ivory Coast.