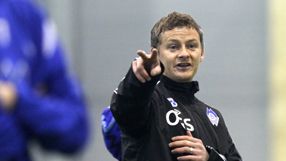 "Fortunately there are two weeks until the next game," the former Manchester United striker told reporters. "If we had started well we wouldn't have wanted the international break, but now we'll have two good weeks".

Solskjaer, who won the English Premier League six times with United, was appointed Molde manager in November, returning to the club where his 31 goals in 42 games prompted Sir Alex Ferguson to pay 1.5 million pounds to sign him in 1996.

After a scoreless first half, an aggressive Sarpsborg broke the deadlock after 53 minutes and doubled their advantage three minutes later, Jo Nymo Matland firing home an unstoppable free-kick from 25 metres.

"They got two quick goals at the start of the second half and we fell apart," Solskjaer said. "Sarpsborg played with enthusiasm and in the end we had no answer."

Solksjaer's debut was not the worst on the opening weekend in Norway's top flight as former Sweden Under-21 manager Jorgen Lennartsson's returned to club football and watched his Stabaek side concede seven goals at home to rampant Lillestrom.

Champions Rosenborg also got a shock as they lost 2-1 at Brann Bergen.