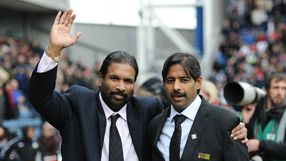 "The total value of the deal is 54 million pounds," the company said in a statement from its headquarters in Pune.

"Out of this, 20 million pounds is for purchase of shares of the club and the rest consists (of) partly the debt taken over and partly the investment to strengthen the operations of the club."

The club trustees announced on Friday the Indian owners were buying 99.9 percent of the shares at 17.17 pence per share and making an equivalent unconditional offer to the minority shareholders holding the remaining 0.1%.

Urging Indian football lovers to rally behind the 135-year-old club, Venky's said: "The present management of the club is doing a good job and it will be fully supported... any decisions that may be taken in future will be taken in the best interests of the club."